Experimentation into using textile techniques to craft electromagnetic switches. How can this technically be realised? What aesthetic possibilities evolve from there? 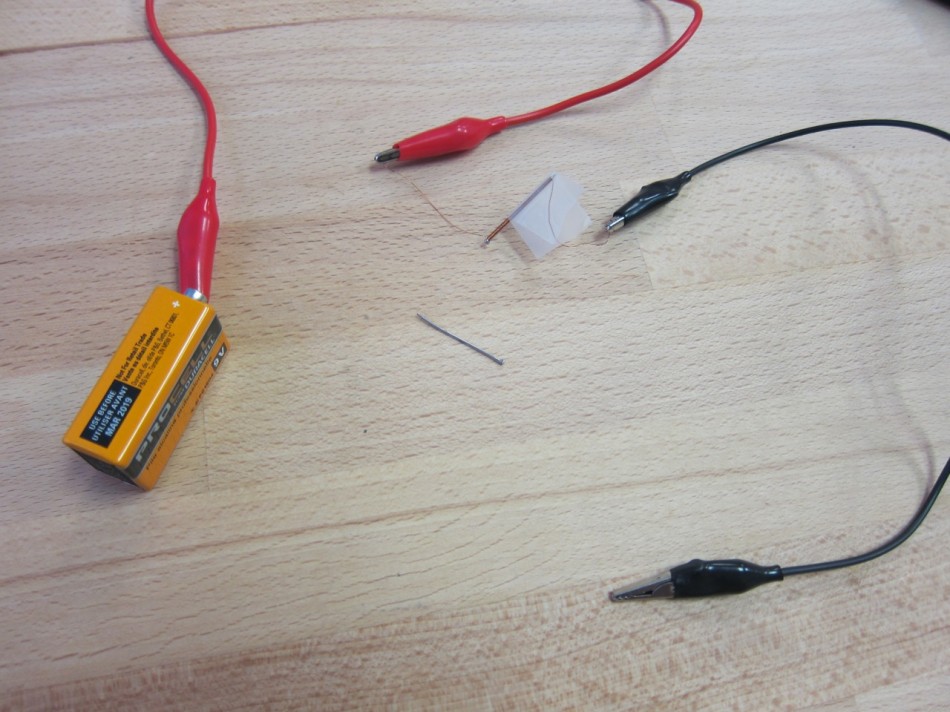 Video: electromagnet around a needle pin 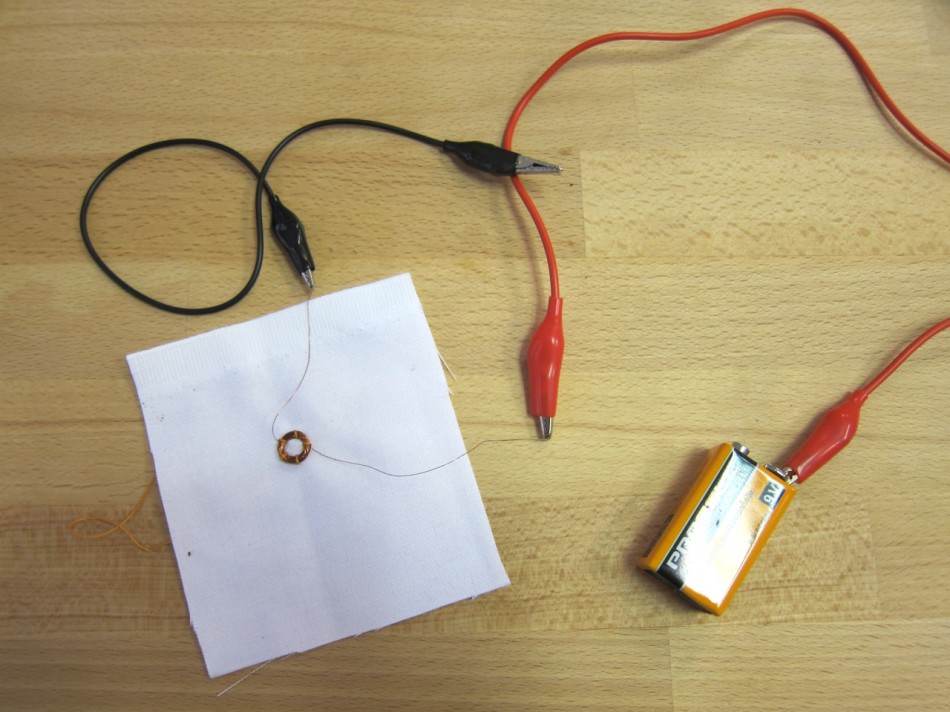 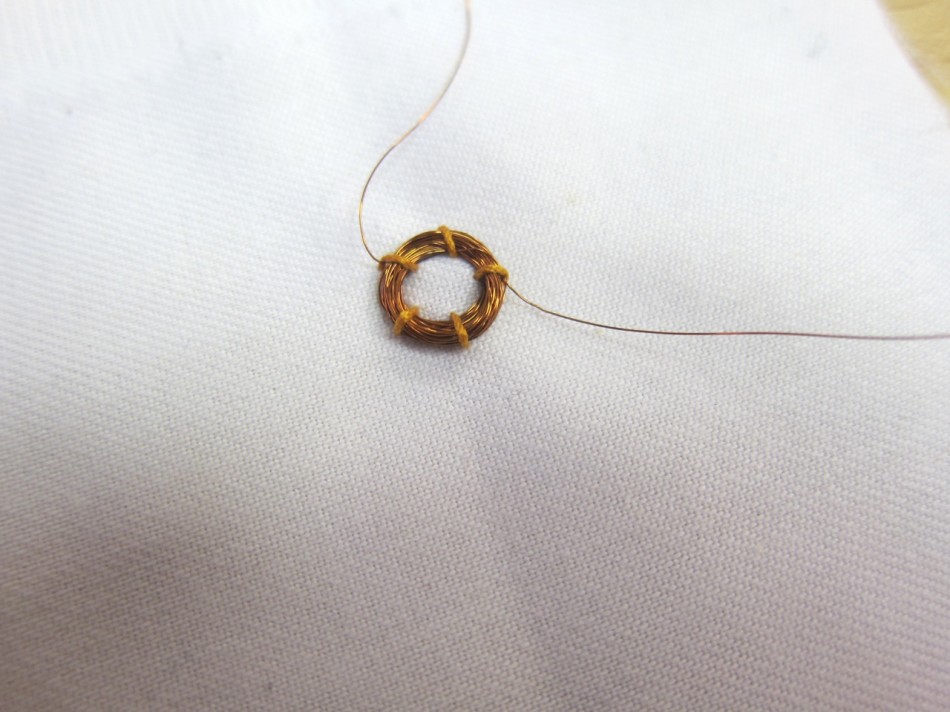 Testing closure and switching with magnets 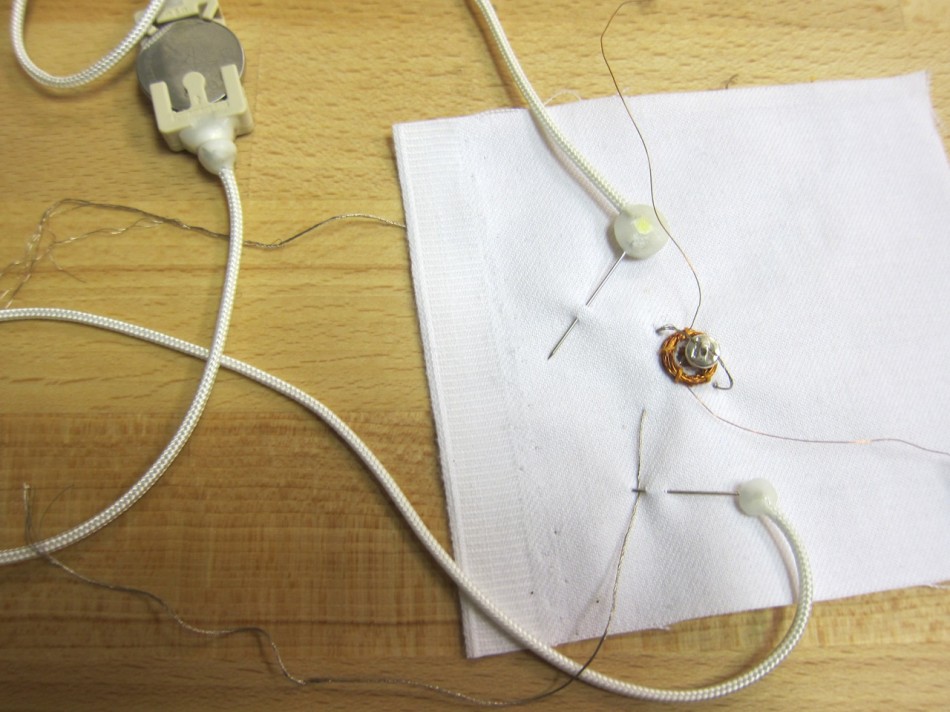 Exploiting the different polarisations of magnets to open and close a switch: The magnetic field induces by the electromagnet makes the bead turn according to its polarisation. Finding the “ideal” way, position and size for the bead to be mounted.
Testing with magenta beads (hematite beads) 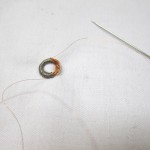 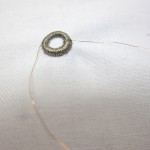 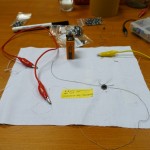 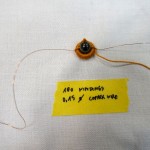 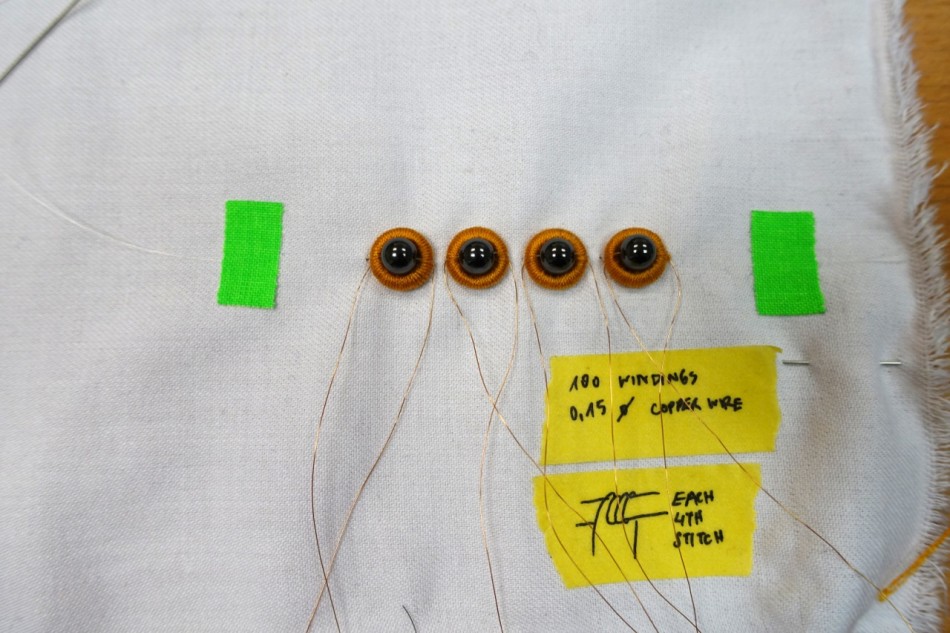 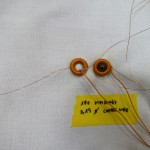 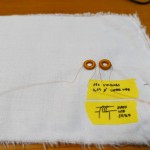 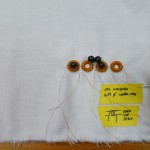 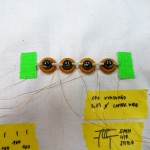 The magnetic beads need sufficient distance to each other in order to be controlled indiviually (marking shows which side of bead it up). It turns out that the beads we have are not all polarised exactly around the through hole axis, which creates a problem when we want to have controlled movement around the axis. 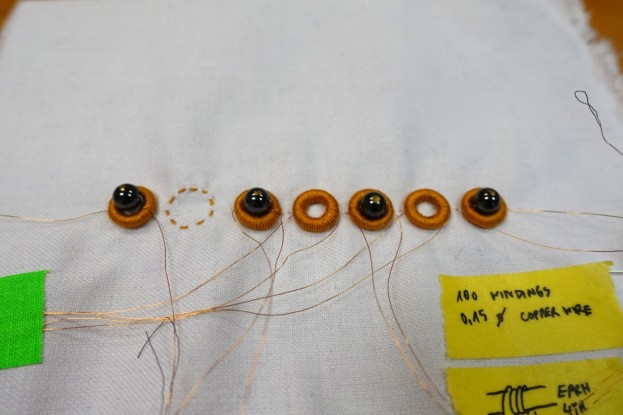 4 beads in a row with sufficient distance, addressed simultaneously: 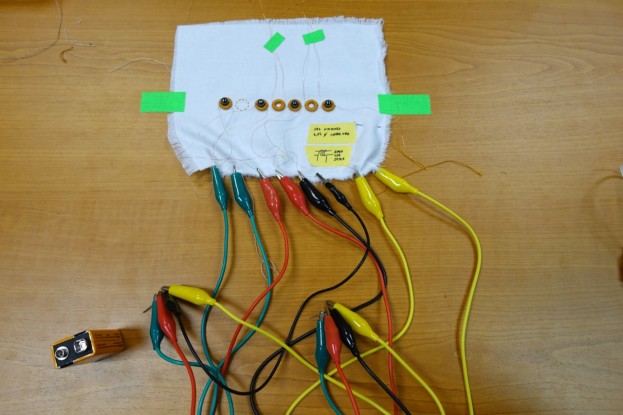 Bead with conductive paint on north polarised side to close a contact when switched.

The beads turn on the magnetic impulse, but obviously do not turn back automatically but stay in the position until a the polarisation of the electromagnetic coil is changed.

Testing automatic pullback in putting a small magnet underneath the bead. The magnets force is overwritten by the active electromagnet, but has enough strength to pull the magnetic bead back in its original position ((S-015-01-N2-Ni magnet, 0,01g underneath the flipping pearl):

Relays are electrically actuated switches. […] For a typical mechanical relay, a current sent through a coil magnet acts to pull a flexible, spring-loaded conductive plate from one switch contact to another. (Scherz 2007) 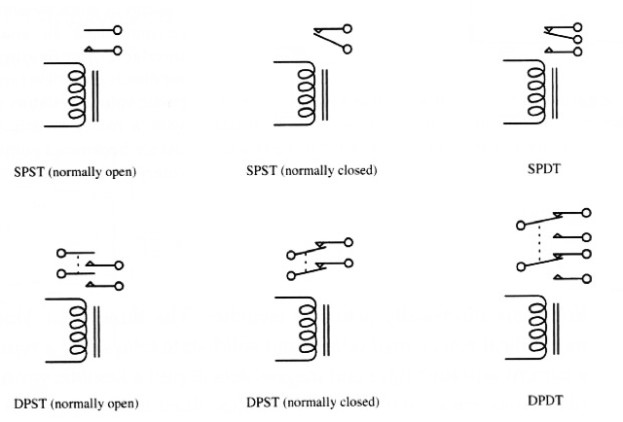